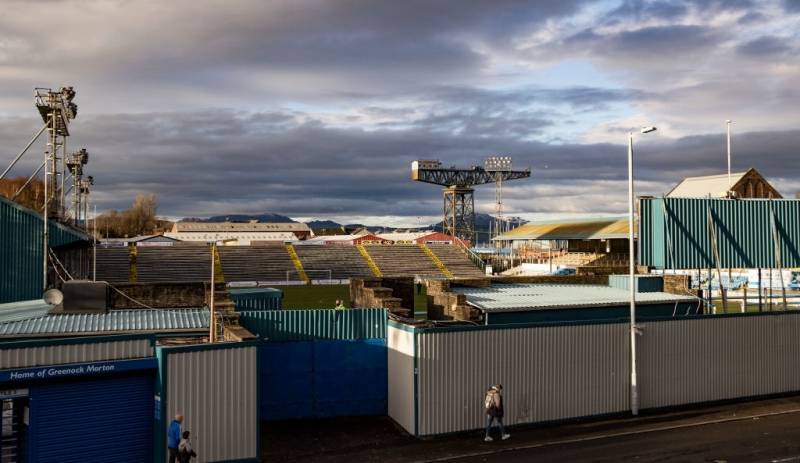 Why is this happening now?

We received an approach to purchase shares in the club, and that stimulated a discussion at MCT board level about how we could look at different and innovative ways of raising additional funding for the club on top of what MCT contributes.

What has the club been doing to raise additional revenue from alternative streams?

Alongside season tickets and the new home kit being on sale much earlier than last season, the club has launched a new business club scheme, is looking into more ways the facilities at Cappielow can be utilised on more than just matchdays, and is in negotiation with companies who are interested in significant sponsorship arrangements.

From an MCT perspective, we have also had a number of conversations with similar community owned clubs to learn from what alternative funding sources they have outside of traditional sponsorship agreements.

Does this mean that community ownership has failed?

It doesn’t. Community ownership has enabled the club debt to be eliminated and Cappielow’s future to be secure. We can continue to run the club, but additional investment increases the club’s annual budget. Money can be invested into the maintenance of our iconic home, along with increasing the playing budget and continuing to have a buffer to cover unexpected costs which continue to arise.

Was this in MCT’s plan all along?

It wasn’t. It was discussed and agreed upon at an MCT board meeting prior to communicating out to our members about our intention to hold the EGM. Approving the motion enables MCT to explore the options for greater investment and provides flexibility in discussions with potential investors.

What’s happened to MCT’s Patrons? It was previously said we’d have more, why aren’t we pursuing potential investors to go down that route?

MCT’s Patrons are content to donate money to the club with no benefit in return. Other individuals or companies have indicated they’d like to invest but wish to own shares while they do so. This allows us to cater to both groups. The MCT volunteers tasked with growing our membership numbers are continuing to look at ways to expand the Patrons offering.

All MCT contributions previously went to the first team budget, has that now changed?

At the MCT AGM last year, the membership voted to extend the payments to the club to cover all club expenditure, but still primarily supporting the playing budget.

Where will the money potentially invested through this go?

It allows the club’s annual budget to increase, covering all club expenditure, from the playing squad to Cappielow maintenance and upkeep.

Why aren't MCT contributions to the club done as a loan or another means, so we could later have share issues that would convert the debt to us into shares to cover our investment, and then we could get others investing without diluting our shareholding?

Our idea was to make the club debt free, not to transfer one debt for another.

Can MCT issue additional shares instead of diluting the shares it owns?

Yes we could do this, but this suggested route is quicker and simpler.

Can you explain the finances used in the example again, they don’t seem to make sense?

MCT own 89% of the shares in the club, with the other 11% owned by a large number of individuals who’ve previously bought, or been gifted, shares.

As an example, if two investors purchased 5% blocks of shares this would be worth an additional £36,000 per year for the club. As a result, the shareholding of the club would be:

Shouldn’t the 11% of individual shareholders that also own the club be offered to increase their shareholding?

It is always open to them to purchase additional shares.

Have investors indicated the percentage of shares they wish to acquire?

We are in the very early stages of discussions, but it looks likely that 5% batches would be most likely.

Will new investors be working on a one vote system in the same way MCT members do when they contribute monthly?

The MCT membership will continue to have one member one vote and MCT will retain a majority vote on the Morton board. The individuals or companies investing in these shares would be purchasing shares from MCT, this does not make them MCT members.

Why hasn’t the identity of any potential investors been disclosed to MCT members?

Early discussions have begun on the strict understanding that the identity of the potential buyers remains confidential. When a “completed” deal is done, their identity will be disclosed and the membership asked to vote “yes” or “no” on the sale of shares.

Will the identity of any potential investors be disclosed to MCT members at the EGM?

As outlined in the previous answer we are under certain legal restrictions in what we can and cannot reveal to members at this time.

When will we find out the identity of the investors?

After the details are agreed at board level, the MCT membership will be asked to approve the sale and the investors will be named. There will be no need for a general meeting for this vote. It will likely be done via email.

Will the annual investment we’re expecting potential investors to make be legally binding?

Yes. It will be written into the contract of sale.

How will the investment work in practice?

There are many options that can be pursued, but the working plan at present is that they will hold the shares for as long as they invest the agreed sum annually into the club. If they fail to make payment, the shares will revert to MCT. It may be an option for ownership of the block of shares to transfer to the investor after, perhaps, 10 years of contributions have been paid.

Does it just continue, or will it end at a point in time in the future?

That depends on the negotiations with the investors.

Will investors be acquiring shares in the newly created property company, or in GMFC Ltd?

The property company is not included. It is only the football club shares that are being discussed.

Has any tax advice been taken on the implications of the potential dilution of ownership below 75%? In particular, given Cappielow was transferred to the new property company on a no gain/no loss basis for corporation tax purposes as a result of it’s greater than 75% shareholding, has it been considered whether a dilution of the property company’s investment in GMFC Ltd would trigger a degrouping charge?

That has been considered. If we reach the stage of having provisional agreement then specialist advice will be sought before finalising any agreement.

Why would they choose to invest in the club in this way?

The early discussions we’ve had have been with Morton fans who believe in the model of community ownership and believe it’s an attractive proposition to be involved with.

Would the potential investors be contributing monthly, or would they be paying up front?

Most likely on an annual basis, but it is open to negotiation.

They can, but that is not our intention.

Would they have to hand back the shares they’ve purchased if in the future they decide to stop investing?

Yes, that is our proposal. There may be a time limit (e.g. pay 10 years investment and you own the shares outright) but that is subject to negotiation.

Will there be a built in annual review with investors to check it’s working as intended?

Yes, that will be part of the contractual agreement.

Have investors indicated whether or not, in the event of there being profits available for distribution, they would expect dividends to be paid?

If the club was to make a profit any excess funds will be reinvested into the club budget to increase the playing budget and fund the ongoing upkeep of Cappielow. Before we could even consider making a profit we could easily spend large sums bringing Cappielow up to standard or investing in new training facilities, for example. It’s our intention to invest in our community as part of community ownership, that is what is attracting potential investors.

Why are they matching contributions, why aren’t we asking them to pay more due to them reducing MCT’s shareholding?

We believe this offer is fair to the potential investors. They will be investing but MCT will remain in control of the club.

Who and how will it be decided who to accept potential investment from?

The MCT board will discuss all offers and MCT members will be asked to vote on approving them, or not.