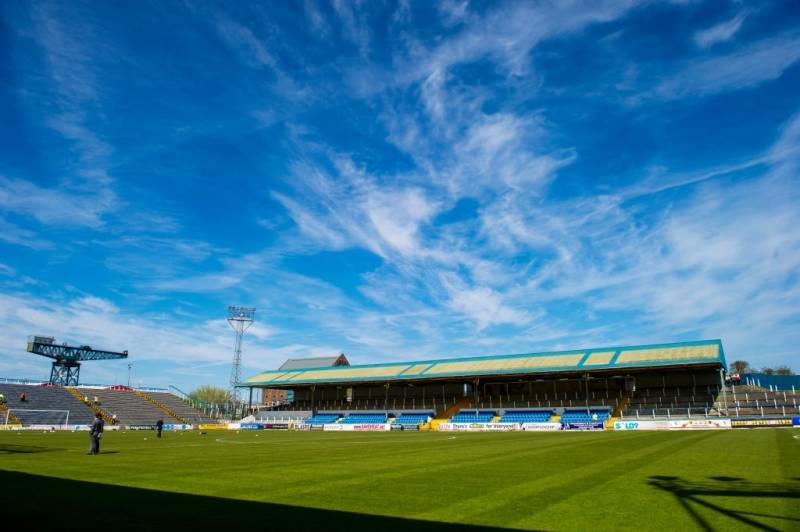 Firstly, we know you’re all frustrated that it hasn’t worked out perfectly for us to take over officially in plenty of time ahead of the new season, but as we’ve said before and with the recent announcement of the imminent new club board, we are in the early stages of fully operating as a community owned club.

There have been periods where we’ve not been updating you as regularly as some fans are expecting and we admit that’s been a failure on our part, even to tell you when there isn’t much to update you on. We’ll now be providing weekly comms, either via email or our MCT social channels, to keep you updated on the latest with the takeover.

The latest as of today, in the interest of being completely honest with our members, is that progress is being made. In the simplest terms, if our checklist of takeover items had 58 items, we’ve reached the late 40s in that list. Some of those remaining issues are complicated and time consuming to rectify but they are moving in the right direction and the list of items continues to reduce. We’ll continue to update on this in future updates.

Additionally we want to provide an update to members on some of the recent goings on from in and around the club.

We’re sure you will have spotted the news around the club that there was several positive Covid cases that saw us have to forfeit our match against Stranraer and that caused us to play against East Kilbride behind closed doors when we’d hoped to be able to welcome you back to Cappielow for the new season.

Across both matches there were discussions back and forward between us and the relevant bodies, including the SPFL, the local council and the government. We provided timely updates to fans as soon as we could across both matches, including on the Tuesday in the run up to the East Kilbride match. At 12.30pm we were still unclear as to whether the match would go ahead but we took the decision to inform fans that if it did, it would be behind closed doors for your safety. By 3pm, it was decided the match would go ahead and we let fans know.

Players and club staff members have now all completed their isolation periods and everyone is well. Cappielow has been deep cleaned and we’re looking forward to welcoming you back for the Clyde match tomorrow, and for our first league match of the season against Dunfermline next weekend.

The misunderstanding with the Greenock Telegraph has now been resolved and our relationship with them is still very much a positive one. We’d like to apologise for any confusion caused over this and we appreciate the important role the Telegraph has in helping to promote MCT and the club.

It’s been a huge positive to see so many of you purchase your MCT member priced season ticket so far. The price remains available and you can find out more info on how to purchase yours here.

We’re very aware there’s been issues around season tickets too though. It’s been great to see so many of you come to Cappielow or phone the club to secure yours, but our gmfctickets site has been plagued with issues which isn’t great for a football club in 2021. It was already something that had been identified previously as a concern and ticketing remains a priority in the coming weeks and months to ensure the situation is much smoother going forward.

We’re also very aware there’s been issues around a lack of communications fans have received since they purchased their season ticket and the confusion around when they’ll receive any new season ticket cards being issued. Again, this has been due to issues with our ticketing platform and we’ve been working this week to ensure all cards have been sent out ahead of the league season kicking off next weekend.

Some of you using this option for season tickets have also experienced issues with Direct Debit payments. An issue occurred with GoCardless and that was quickly rectified. It’s been another experience for us to learn from and if you’re still having any issues at all please don’t hesitate to get in touch and we’ll swiftly resolve them for you.

We’ve seen strong sales of both new kits so far which has been great to see. We’ve been really pleased with the feedback we’ve received from fans too.

You can order your kits from Smiths here.

While it’s been a disappointment that we’ve not been able to let you get your hands on the new kits yet, or to have the team wearing them in the Premier Sports Cup, the hold up has been down to Covid and previous delays in the takeover being finalised. The anticipated launch dates can be found on the Smiths website.

Another reminder that McGill’s have come on board as our new sponsor and they’re delighted to engage with us as a community owned club. We’re looking forward to working together in partnership in the coming seasons.

We’re disappointed not to have qualified from our Premier Sports Cup group, especially after a really encouraging performance against one of the favourites for the Championship title, Kilmarnock, but we are looking forward to welcoming you back to a freshly painted Cappielow tomorrow against Clyde. A huge thanks to the volunteers that worked on that over the past couple of weeks. Our attention then turns to league action against Dunfermline on the 31st.

We’re nothing without our members so please do continue getting in touch if you have any questions or queries at any time and we’ll continue to do our best to answer them.